Congratulations to Lawrence LeShan on his 100th birthday (September 8, 2020).
​Eirini Press is proud to have published his tour de force, Landscapes of the Mind. 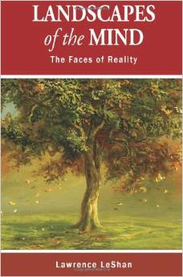 Landscapes of the Mind—The Faces of Reality

What Linneaus did for biology, LeShan does for human consciousness and behavior — provide a classification system for aspects and states of consiousness. This framework contains both the objective and subjective aspects of life and shows that they can be intelligibly connected. 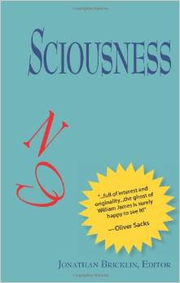 Instead...of the stream of thought being one of con-sciousness, ‘thinking its own existence along with whatever else it thinks’...it might be better called a stream of Sciousness pure and simple, thinking objects of some of which it makes what it calls a ‘Me,’ and only aware of its ‘pure’ Self in an abstract, hypothetic or conceptual way. Each ‘section’ of the stream would then be a bit of sciousness or knowledge of this sort, including and contemplating its ‘me’ and its ‘not-me’ as objects which work out their drama together, but not yet including or contemplating its own subjective being. — William James 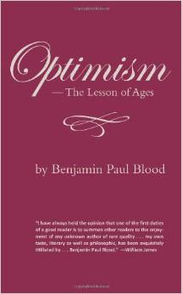 Optimism—The Lesson of the Ages

Eirini Press has released a reprint of one of the first non-dual treatises written by an American: Benjamin Paul Blood. Published in 1860, on the eve of one of the darkest periods in American history, Optimism is a stirring practical guide to faith in, and acceptance toward, whatever life delivers. Impassioned by his own mystical experiences, Blood’s distinctly American voice had a profound effect on William James, whose last published essay was a tribute to his mystical mentor. As pessimism again darkens America, Optimism shines a dazzling guiding light on wholeness: “We easily conceive ourselves invested in bodies or spheres of palpitating, ethereal lightness, which may fly, at will, around the pendant world; yet the sense in which we were independent of God’s consciousness in our own world would be as mysterious as now. However we exist, doubtless we shall feed only upon his bounty, and shall never inspire ourselves.” 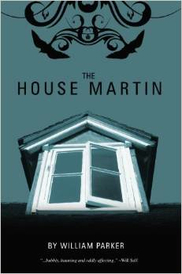 Ben is learning to keep secrets. No one must know about his mother and her addiction to sherry. No one must know about the bedwetting that so bewilders him. And no one must ever know about the blue folder that he’d stumbled across in Stuart England’s car at the end of the previous term. Stuart England is the charismatic young master—not long down from Oxford—who makes life possible for Ben in the emotionally sterile environment of his prep school in Gloucestershire. This is the story of Ben’s long struggle to be free of the demons that have chased him since childhood. Will he ever find the courage, like the house martins that fly high above the school, to accept life on life’s terms?